Last week I had the chance to interview the wonderful Mitra Ashtiani for my first Space2b volunteer interview. When I first met Mitra at her sister Leila’s art exhibition, she struck me as a warm person, who loved to communicate and had an interesting story to tell. She was the obvious choice for my first interview! 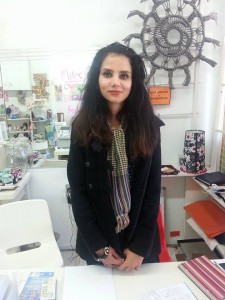 In Tehran, Mitra was a working science graduate, and invested a lot of faith and money into seeking asylum in Australia. Her hopes for when she reached Australia were to return to university to study nursing and pursue her dream of working with children.

Mitra came to Australia in 2013 by boat, without her family. She describes this experience as terrible. She was then placed in detention centres – on Christmas Island for one month, Darwin for four months, and Broadmeadows for three months. During her time in the detention centres, Mitra did anything she could to keep her mind occupied. She helped in the library, went to the gym and participated in boot camp. Mitra also kept herself busy learning English, and although she doesn’t believe it, her conversation skills are excellent for someone who has only been learning for two years!

My wish is to improve my English. It’s very important to me.

Now Mitra volunteers at Monash Health, where she helps non-native English speakers with translation, filling out forms, and finding what they need. We are also lucky enough to have Mitra volunteering with us at Space2b every Friday! Mitra was introduced to Space2b through Melbourne Artists for Asylum Seekers (MAFA). I learned for the first time during our interview that Mitra is also a talented artist, and had her art displayed in our New Beginnings exhibition of paintings by asylum seekers. Mitra wanted to become a Space2b retail trainee so that she could gain new experiences and improve her English. Her English skills have come a long way since her first day here at Space2b. 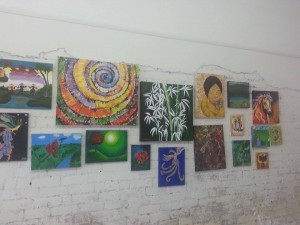 Mitra says one of her favourite things about working at Space2b is learning about the different designers and is always excited to see what they come up with. She also enjoys the multicultural environment. As an artist herself, hopefully Mitra can eventually sell some cards or even paintings at the shop. We love having Mitra at Space2b!