Four Square is played on a 3 – 8 meters area, which is divided into four smaller equal-size squares numbered 1 to 4. Each of the four squares has a rank and is occupied by a single player. Four square dates back to the 1950s.

Players: 4 players
You need: A ball

Also known as:
Handball or down ball as well as box ball and King’s Corner. In Sweden, Four Square is called King Out, where players refer to the person in the server square as the king. It is played in schoolyards in Australia, New Zealand, Fiji, South Africa, China and South East Asia. 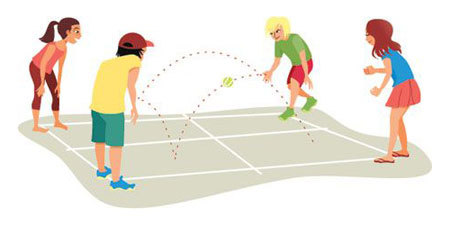