Salam Iran
This month we are all about Iran!
‘Holding Space’ is our immersion program that provides an opportunity for different cultural groups to design a series of 'cultural immersions’ - art and cultural events to share and express individuality and collective identities of each community.
Every month we celebrate a different culture and in November, we're focusing on the country of Iran.
This is the fourth in our series of  'Holding Space'. 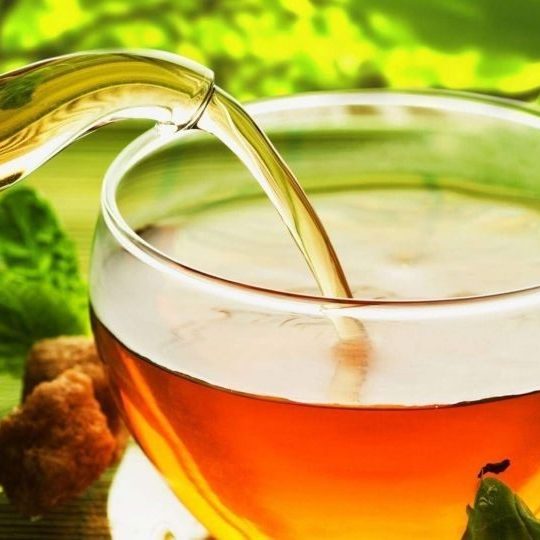 WHAT'S BREWING - Saturday 7th November 11am-12pm
Magic Drinks with Tina
I remember when I was a child, every morning my grandmother would make us a fragrant tea for breakfast that could be sensed throughout the house. She believed that starting the day with a good traditional tea could keep one refreshed for the whole day. I later found out that the tea my grandmother made had many health benefits. Homemade and natural drinks as such can make you feel happy and fresh, as well as reducing muscle pain and strengthening your stomach and improving your metabolism. Furthermore, it prevents premature aging due to its antioxidants, and this magical drink can be easily made at home every day. I am happy to share the formula of magical drink with you to make a fresh and tasty drink.
BOOK YOUR PLACE (By Donation) 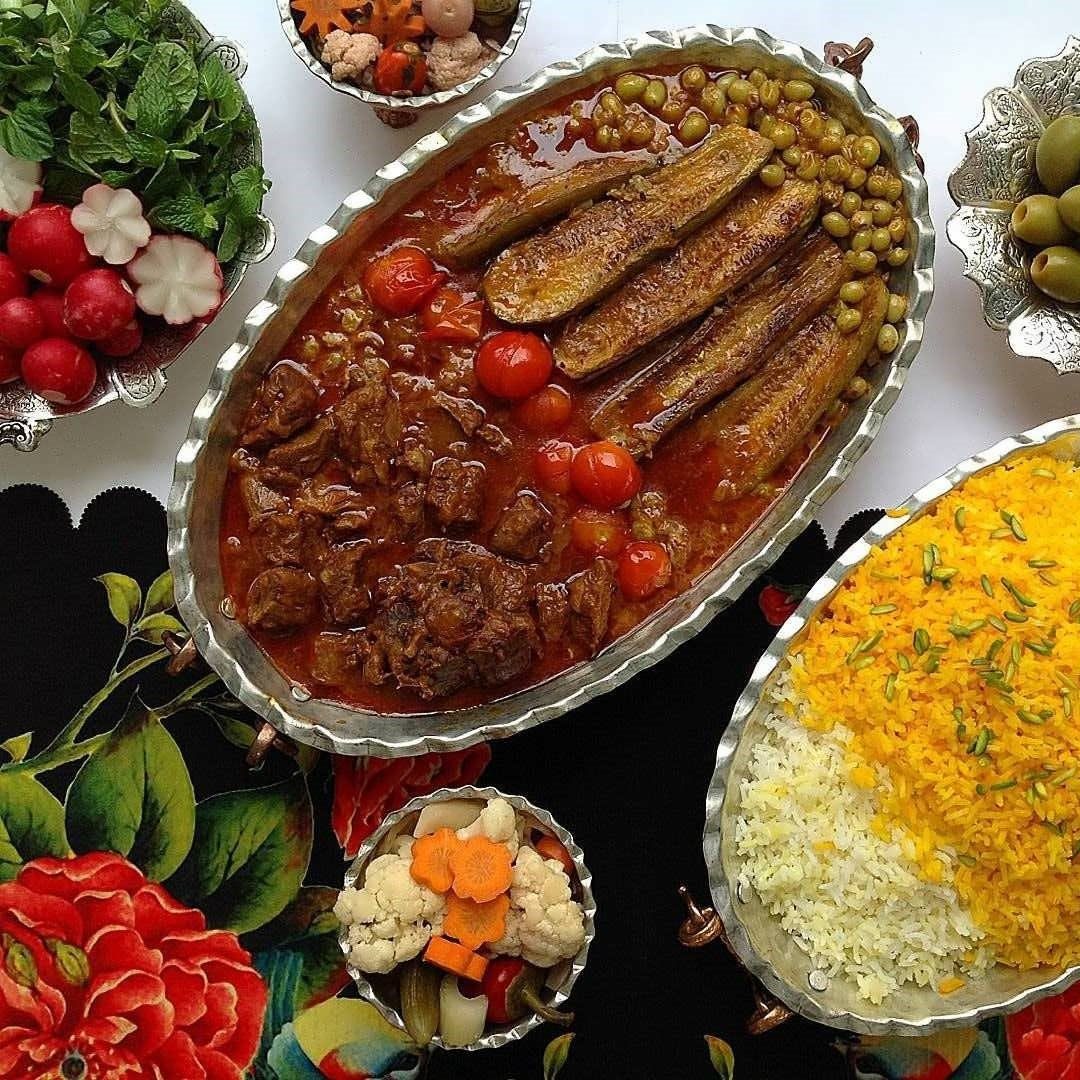 WHAT'S COOKING - Wednesday 18th November
Persian-style Lamb and Eggplant Stew with Helen and Tina
I love Persian cuisine because of its big bold flavours, I also love it because you have got that real contrast from sweet sour and salty. If you are a food lover and interested to try traditional food of different cultures, click on the link below straight away to see how to cook Persian style lamb and eggplants stew and enjoy this one on a cold winter's night. Register to gain access to video.
REGISTER TO VIEW VIDEO (Free) 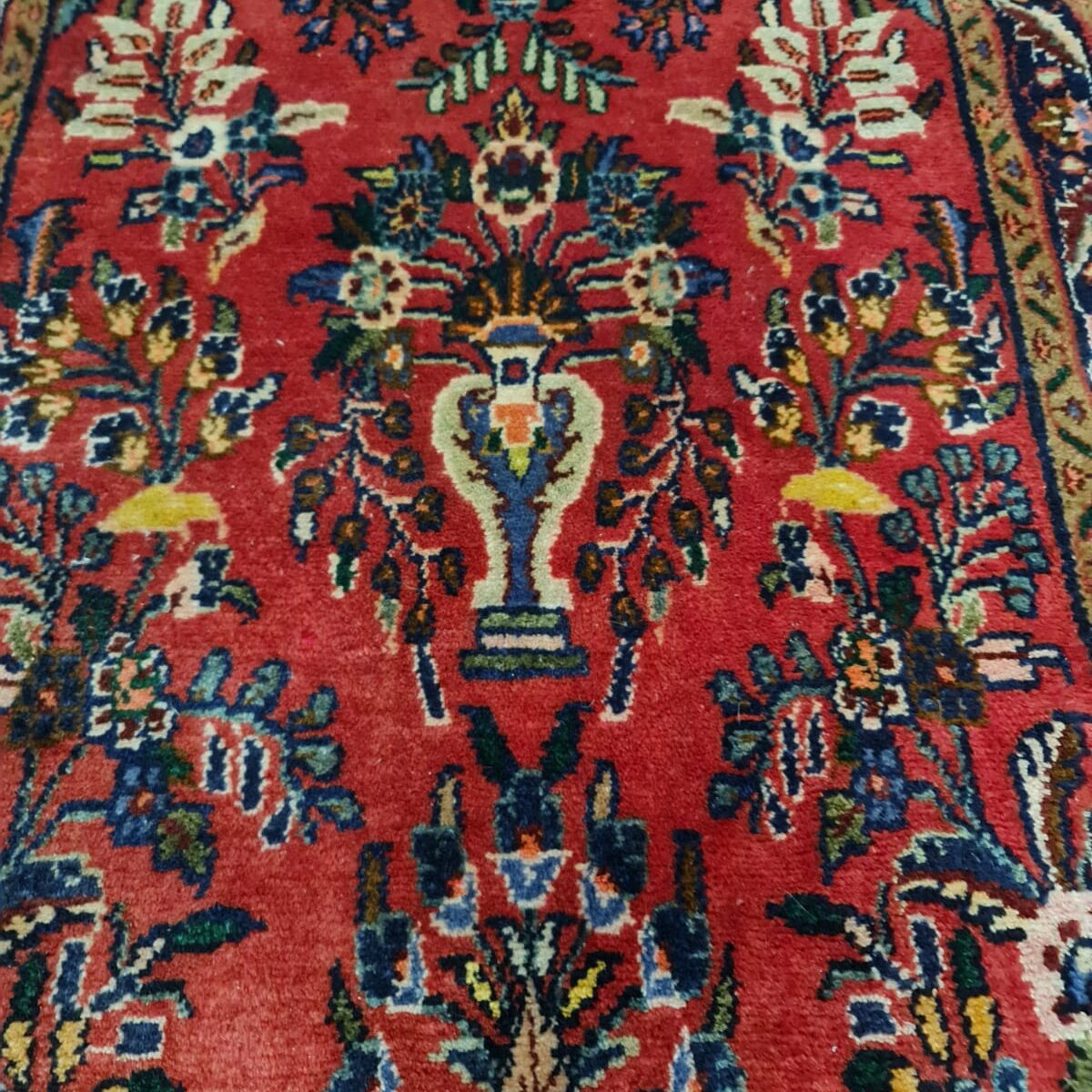 WHAT'S ON THE FLOOR
What can I take home with me
We will show you a beautiful collection of Persian carpets and many Iranian handicrafts. You can take home a part of Iranian culture for yourself as a souvenir. Persian art or Iranian art has one of the richest art heritages in world history and has been strong in many media including architecture, painting, weaving, pottery, calligraphy, metalworking and sculpture. At different times, influences from the art of neighbouring civilizations have been especially important, and latterly Persian art gave and received major influences as part of the wider styles of Iranian art, like Iranian Termeh (weaving special tablecloths), Metal works (Khatam Kari - Minakari - Toreutics "hammering gold or silver or other materials").
WE'RE OPEN! COME AND VISIT US! 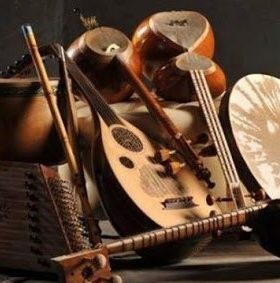 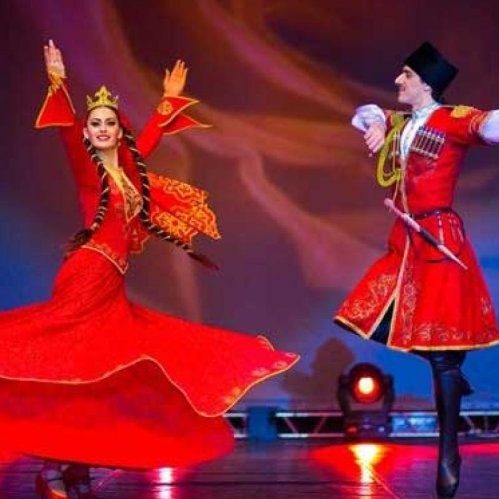 WHO'S MOVING - Sunday 29th November 10am-11am
Dances in Iran
Iranian dances are dance styles indigenous to Iran. Genres of dance in Iran vary depending on the area, culture, and language of the local people, and can range from sophisticated reconstructions of refined court dances to energetic folk dances. The population of Iran includes many ethnicities, such as Kurds, Azerbaijanis, Turkmen, Jews, Armenian, Georgian peoples, in addition to numerous Iranian tribal groups which can be found within the borders of modern-day Iran. Each group, region, and historical epoch has specific dance styles associated with it. Event will take place outdoors (to be advised).
BOOK YOUR PLACE ($5 Tickets) 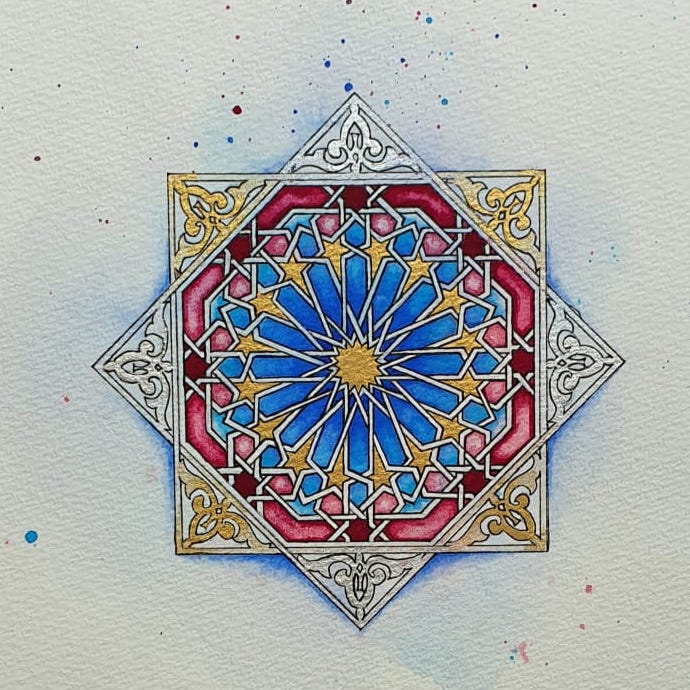 WHAT'S ON THE WALL - Online: Sunday 1st  November
Salam Iran
The only thing in the world for which no boundaries can be set is the art of painting.  You do not need to understand Persian language so that the paintings on the wall can speak to you.  Just open your eyes and heart to hear the power of the art of painting. This time, Iranian artists have exhibited a unique collection of their art in our gallery.
COME AND VISIT 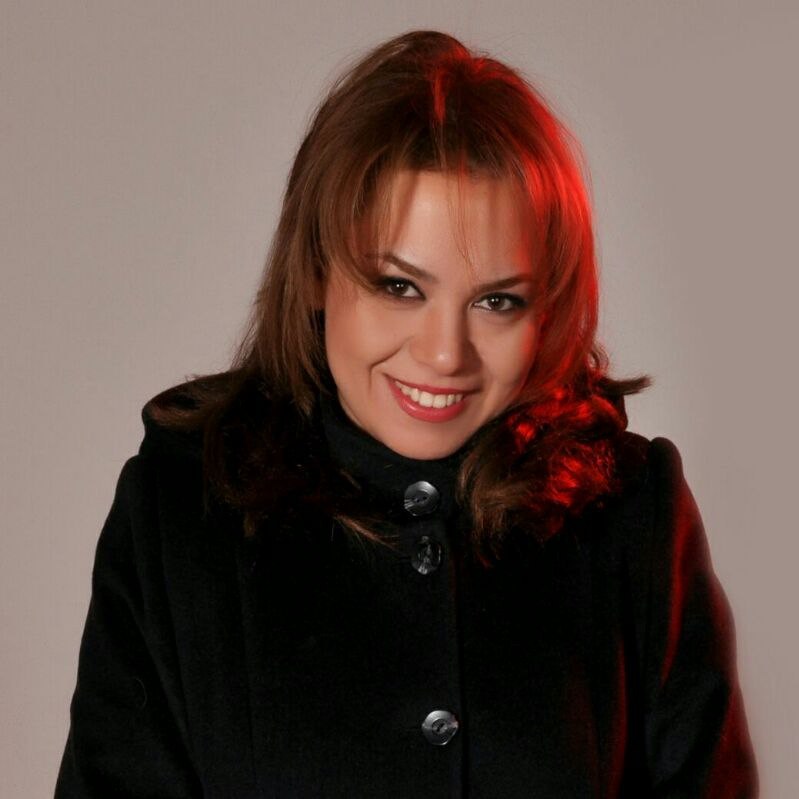 Thank you to our organiser, Tina.
I am an author, actress and director with 10 years of experience in the field of creating theatre for children and adolescents as well as more than 15 years of acting experience in theatre and television. I arrived to Australia in  2013 , since then I started working at an Iranian radio in Australia,  as a comedy dramas  writer and voice actress. I am experienced as an event manager and event provider as well as participating in radio and performing both in Australia and Iran. My first performance in Australia was at "Lamama theater" as an actress in 2017, directed by Dr Aidani. I then established my own business in 2018 in acting school, since then I have been  a drama teacher working in Melbourne for the Iranian community. I also, had another performance with St kilda art community as a deviser and provider project at "Alex theatre". My teaching expertise includes; acting & improvisation workshops, body and movement, educating sense, imagination & focus, personality aesthetics and analysis of scripts, scripts, play in front of the camera and Iranian dance. My working experience includes; film making, acting, performing, photography,live performances, event management. Currently, I'm a multicultural advisor in city of Port Phillip council and have a chance to be a member of Space2b family. 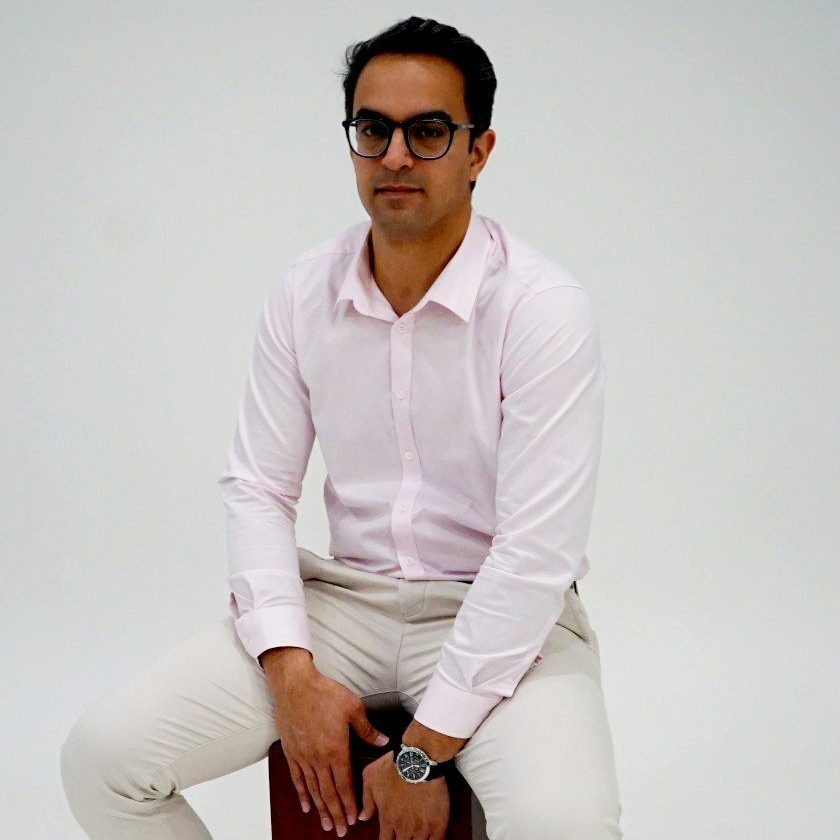 Parham Kebria - Cajon
Parham Kebria began studying Tombak (Iranian percussion) through the well-known works of Hossein Tehrani and Bahman Rajabi in Iran at the age of 10. After studying with several Masters from various styles, he became a student of Maestro Farbod Yadollahi. He regularly performs in variety of ensembles for music festivals across Iran. He now pursues his musical career in Toranj musics, in Melbourne, Australia. 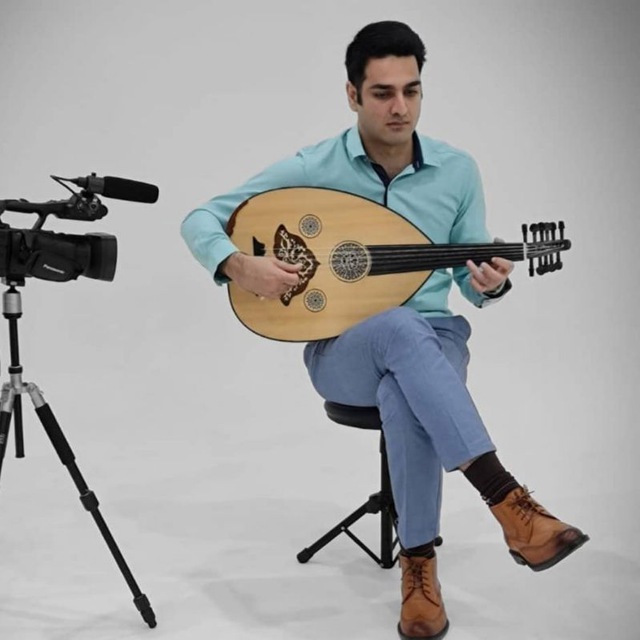 Reza Kashi - Oud
Initiated his music career from 1998 in Iran, Reza Kashi plays setar, tar and oud. Praised for his virtuosity, he has received state and national level awards and was awarded the second rank Tar (Iranian stringed instrument) soloist in the biggest solo competition in Iran (Fajr youth Festival). Migrating to Australia in 2017, Reza is a sought after musician who works with a variety of Middle Eastern, Western and Australian ensembles. 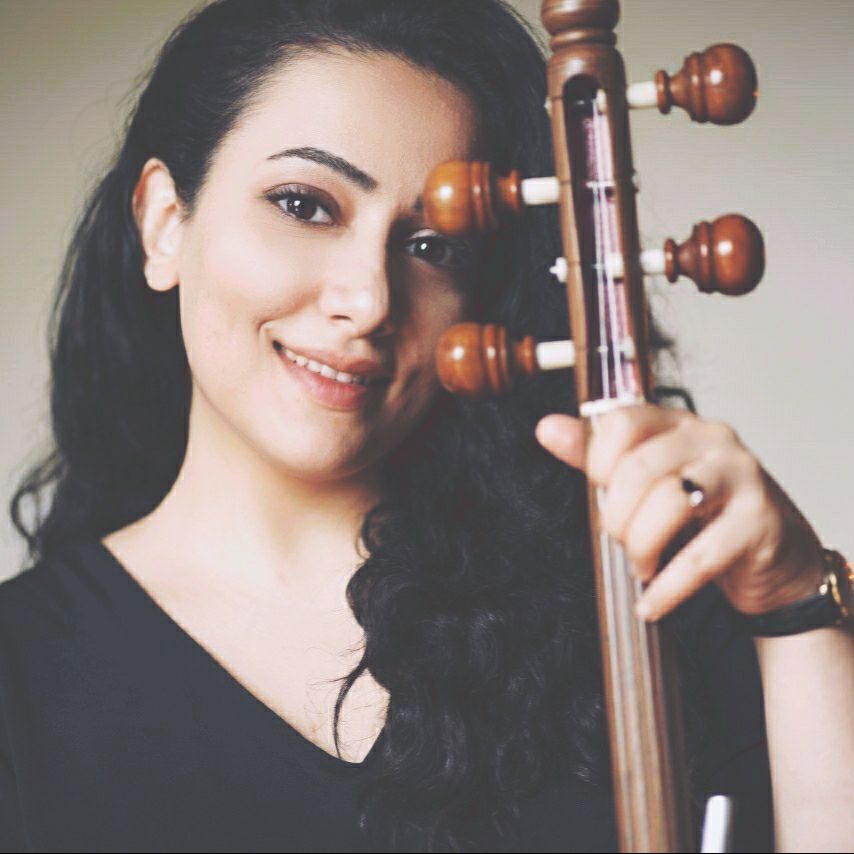 Negar Nik - Azeri Kamanche
Negar started learning the Kamanche since 1998 under the supervision of Yashar Shadpour in Tabriz, Iran. Awarded the first rank soloist in 2005 and 2006 in National Student Soloist Competition, she's been a professional Kamanche player in several Azerbaijani orchestras and has had many successful concerts in Iran. Negar has taken a course mastering a number of vocal techniques and working on arias of popular operas offered by Masoud Amirsepehr. 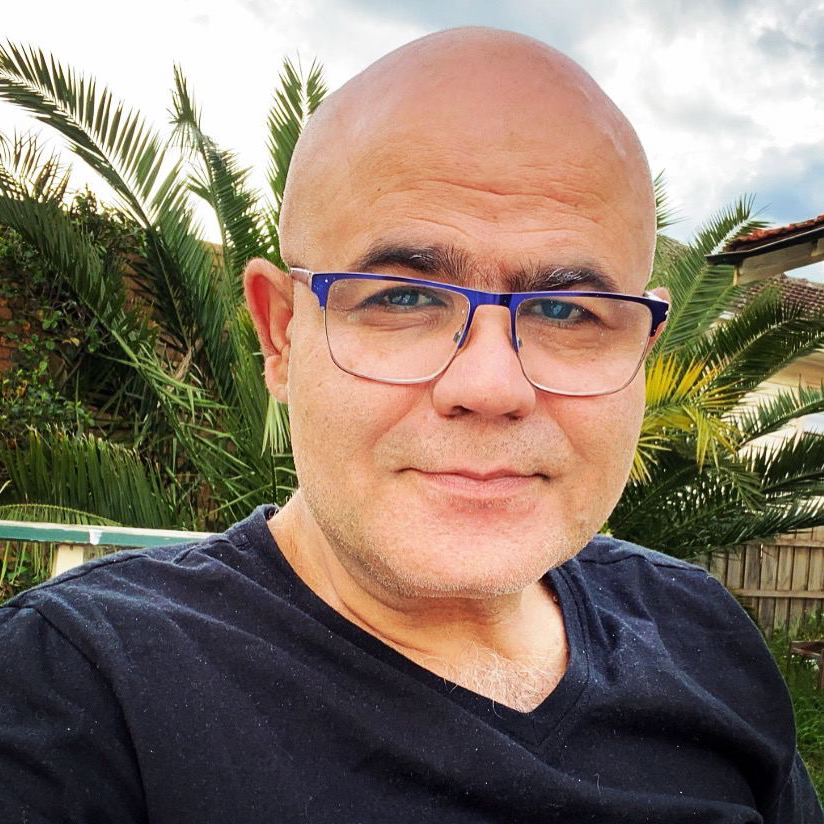 Reza Moradi - Cameraman
I began working in the film industry, with the company, Arta Film in 1997 where we produced short films. During my time with them, I was the second director in film, did script writing and gave support in film shooting. In 2000, I arrived in Australia and made two short films that I scripted, directed & produced. One made the Lumier Film Festival in France (semi-finals). 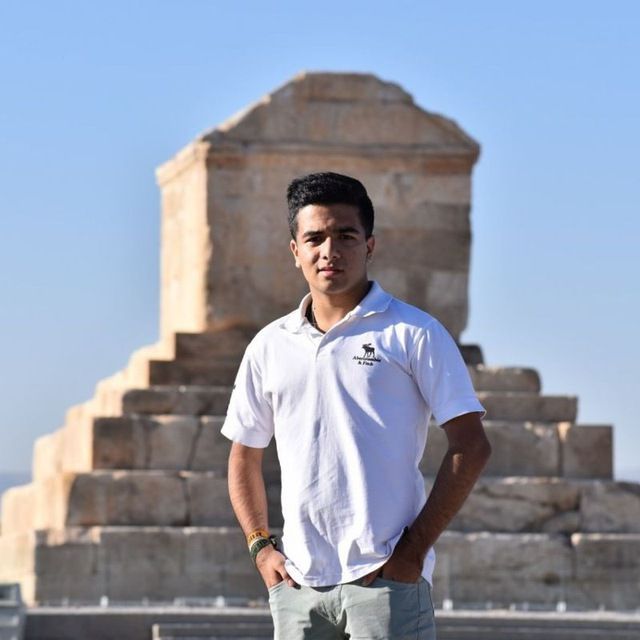 Sina Salsali - 1st Assistant Director & Editor
Sina is a 20 year old Iranian artist, with a background in theatre, both as a technician and a performer, staring in many plays such as Grease, Hedda Gabler and Pirates of Penzance. Sina is currently finnishing his bachelor of film at SAE institute as a director and cinematographer. 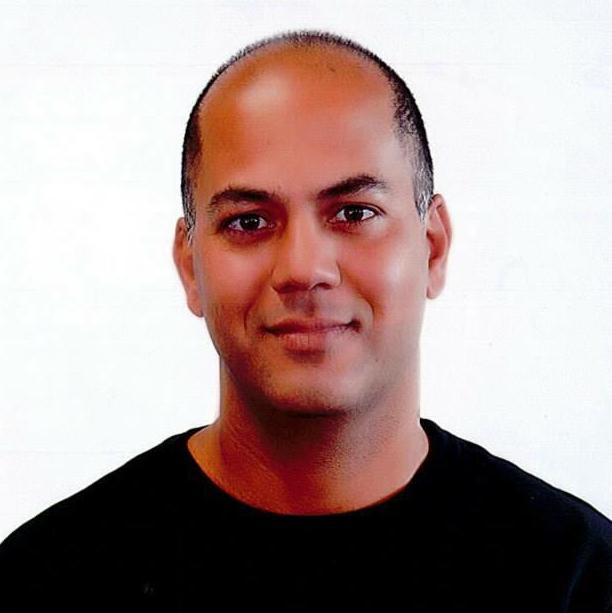 Nima Hasani - Editor
Alireza (Nima) Hassani was born in Iran and arrived in Australia in 2014. He is a swimming teacher, lifeguard, and diver. In 2011, he completed his Degree of M.A in Persian Language and Literature. He has an interest in editing and making documentary movies from Australian culture. His next plan is to take videos of underwater sea animals. 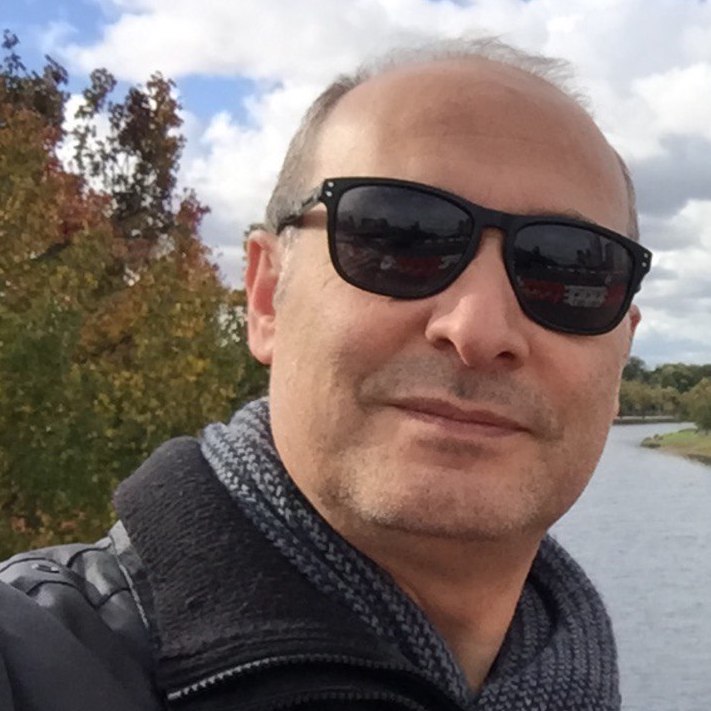 Mohsen Panahi - Director
Hello! I am a set designer, writer and director. I make movies to open a new perspective in people’s eyes. I started working as a set designer apprentice in theatre in 1995. I was 23 years old and I could not be more excited to be working alongside my uncle who was one of the best set designers in the industry. My first official work was in a television show called “The Secret of Apple”. The show was a huge success and after two years I was off to the big screen. In 1998, I worked with Rasoul Mollagholipour, the greatest film director of his time and made “Help Me!” as a set designer apprentice. My biggest break was with Kianoush Ayari in the television series “Roozegar-e Gharib” which I was the official set designer. The series took 5 years to make and is until now one of the greatest Iranian series of all time. 12 years later, in 2010, I worked with the director Shabnam Orfinejad and Kianoush Ayari as the producer in the movie called “There Is Nothing Behind the Door”. I moved to Australia in 2011 and made a movie with my friend Kourosh Toussipour which directed in 2015. I played the role of set designer and custom designer. The movie is called “Dark Ocean”. The movie won seven international awards such as, “Wiper Film Festival, New York 2015” and “Phoenix Film Festival Melbourne 2015”. In 2017, I made another film with Kourosh Toussipour called “Tahmineh” which I was the set designer. 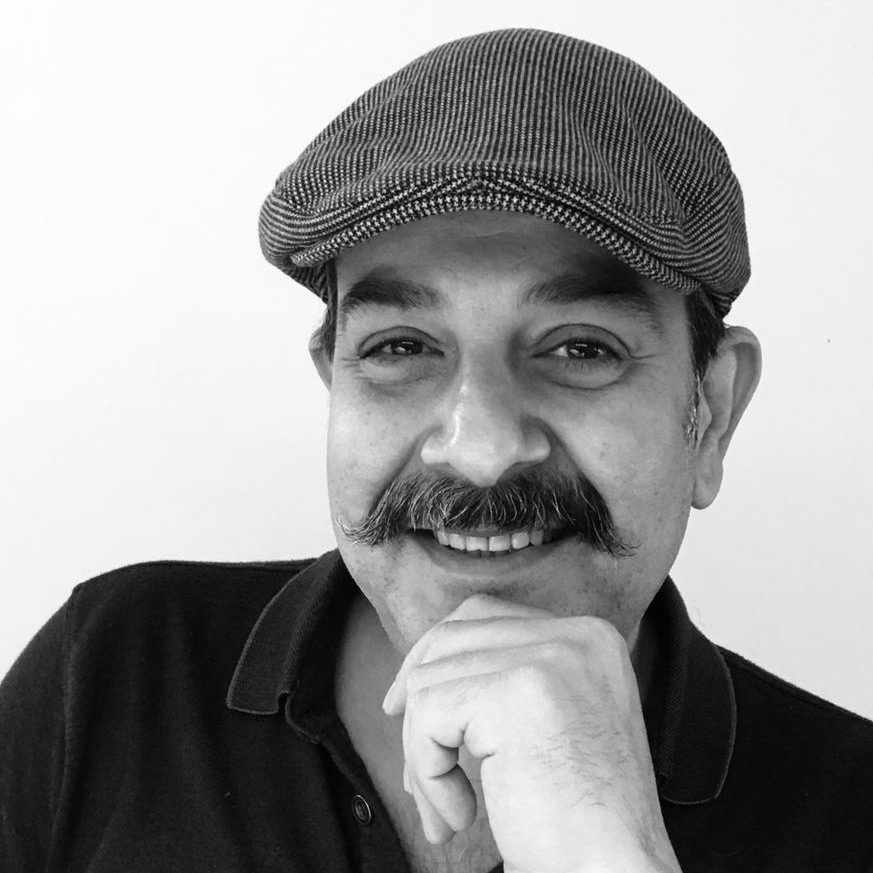 Amir Tehrani - Architecture/Interior Designer, Art Painter & Art Instructor
Amir is an Iranian artist with long standing inclusive and participatory. He arrived in Australia in 2013 and graduated in visual art in Melbourne. This artist is working as an individual artist and art technician at Swinburne University in Melbourne. Amir invented a new style in his paintings that he connected the ancient history of Iran with modern painting and merged them together. He portrays a fusion of Persian Qajar with Wester Art such as Cubism. His art depicts something he wants to be not as it should be. This is how his paintings speak of several generations. 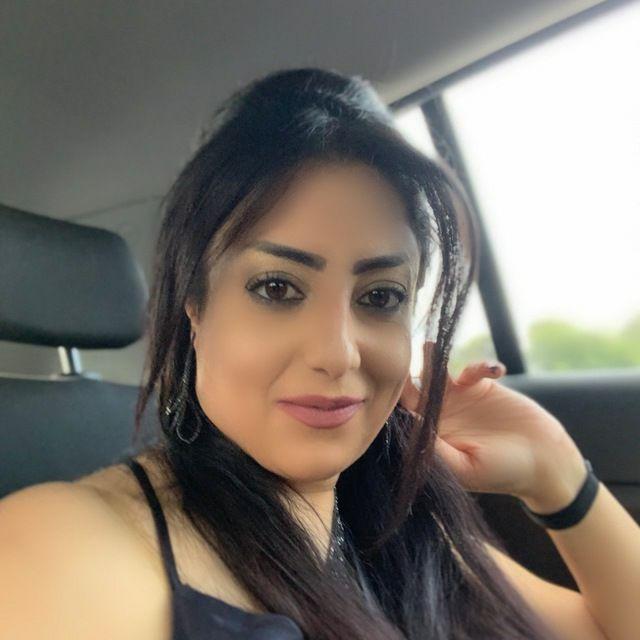 Maryam Sepasi - Artist
My name is Maryam, and I am from Iran. I came to Australia about 8 years ago. I love everything about art and l love creating art with my hand. I love the act of creating from anything. In Iran, I studied interior design and I liked painting. I have participated in a number of exhibitions here in Melbourne with MAFA (Melbourne Artists for Asylum Seekers) and they encouraged me to paint and draw. Now I am trying to get better at my paintings. I also love having plenty of good friends, thank God and I wish to be a successful person in this new world of mine.

Samaneh Zahedi - Artist
I showed an interest in Persian miniature (negârgari irâni) when I was in middle school, influenced by the works of Mahmoud Farshchian (master of Persian painting and miniatures), I started to build and develop my art practice during high school and university, besides Science! Now I am a self-taught watercolour and mixed media artist working in the medium of watercolour paints on paper inspired by Persian Illumination art (patterns and ornaments of Persian rugs) and make use of traditional patterns in an unconventional way that create contemporary art. Migration has given me a flexible vision of life as I observe things in different ways. This gives me ideas for my art where I try to show that we can see differently even within our tradition and present a hybrid of cultural traditions and modern art.